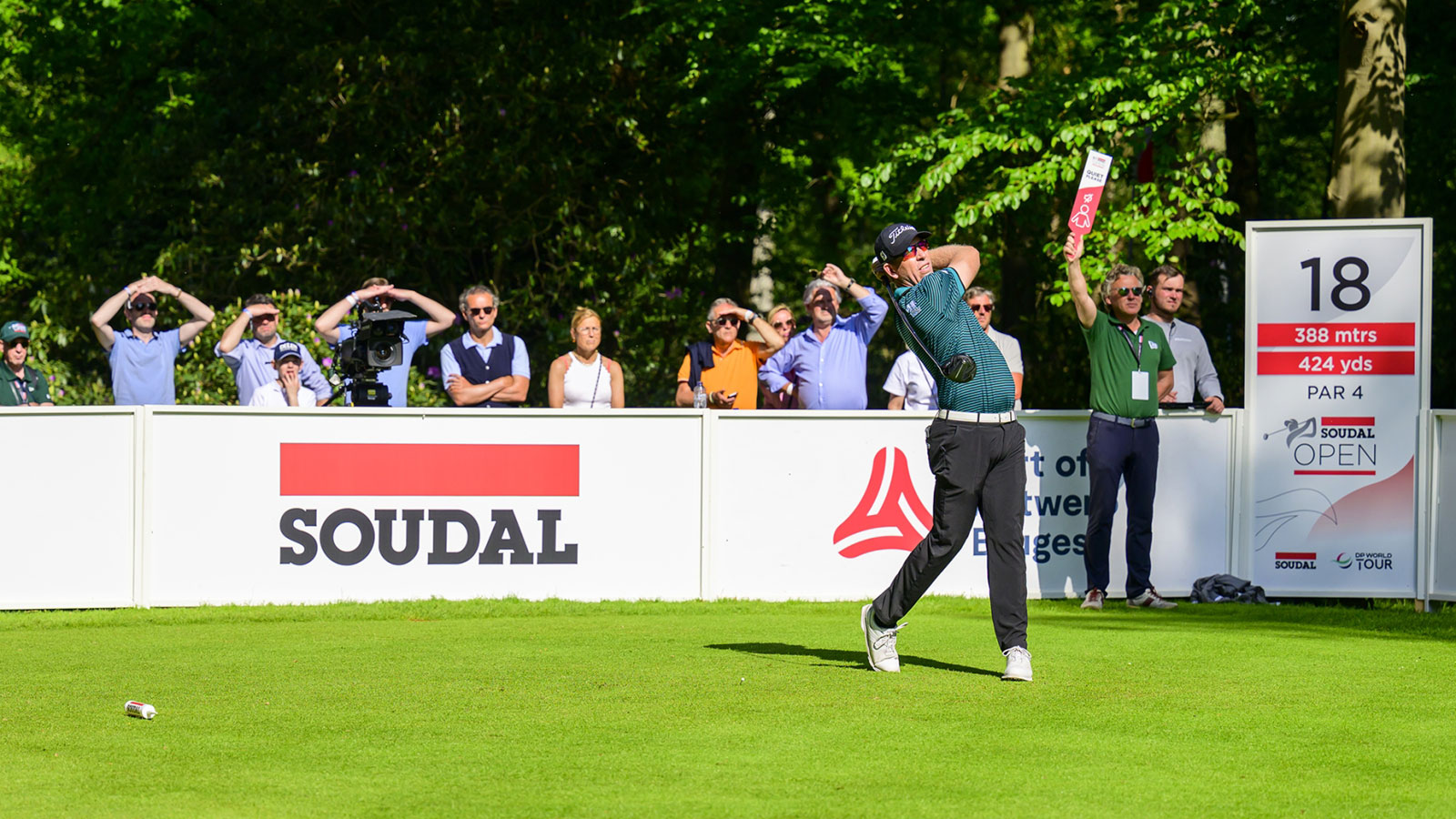 The second edition of the Soudal Open will take place next year from 11 to 14 May. After a very successful first edition, Belgium’s biggest golf tournament will continue its chosen path. The three top Belgian players will attend Rinkven Golf Club in Schilde once again.

18,000 visitors, a considerable number of TV viewers and social media followers and lots of praise. The return of the DP World Tour to Belgium was a success on many levels. Organiser Golazo wants to make the second edition even better. It will again take place at the Rinkven Golf Club in Schilde and build on last year’s formula.

“I think many will agree that we managed to present a fantastic first edition for the Soudal Open at Rinkven Golf Club,” said tournament director Michael Jones. “Having been part of professional golf for the past 25 years, I have obviously developed some close contacts with players, caddies and the DP World Tour/ European Tour Group. The feedback received by many has been overwhelming in all areas and together with Golazo, our team are really looking forward to taking the Soudal Open to the next level. This clearly benefits the development of Belgian golf and the Soudal Open Fund is also a great contribution to helping the stars of the future !”

Vic Baron Swerts also looks back on the first edition. “I was pleasantly surprised by the high level of both the players and the organisation of the first edition. Soudal tries to raise the bar every year, in everything that we do, including the Soudal Open.”

Just like last year, the three top Belgian players on the international circuit will attend in May: Thomas Pieters, Thomas Detry and Nicolas Colsaerts, brand new Vice Captain of the Ryder Cup Team Europe. Thomas Detry: “I am really looking forward to coming back to play the Soudal Open next May ! I was really impressed by the entire set-up for the first edition ! Although it will be a very busy schedule for me, playing in Belgium in front of my home crowd will always be close to my heart.” Thomas Pieters confirms: “I’m very excited to be playing on home soil once again and compete in the Soudal Open next May. Belgian golf in thriving internationally and I’m very proud to be a part of this. Having the chance to play in front of a home crowd on the DP World Tour, and more specifically here in Rinkven, contributes to that feeling even more. Antwerp is home for me and it is a unique occasion to meet all the Belgian golf fans!”

The Soudal Open’s tournament format is the same as this year: 156 players play on Thursday and Friday, with the 65 best placed advancing to the final rounds on Saturday and Sunday. The spectators can again see all the action up close, at the 18th hole even from a large grandstand. The large VIP tent will also return there. The 19th hole village will be the meeting point for spectators to gather, eat and drink and enjoy the varied entertainment. New this year: all those aged 18 or under can enter for free.